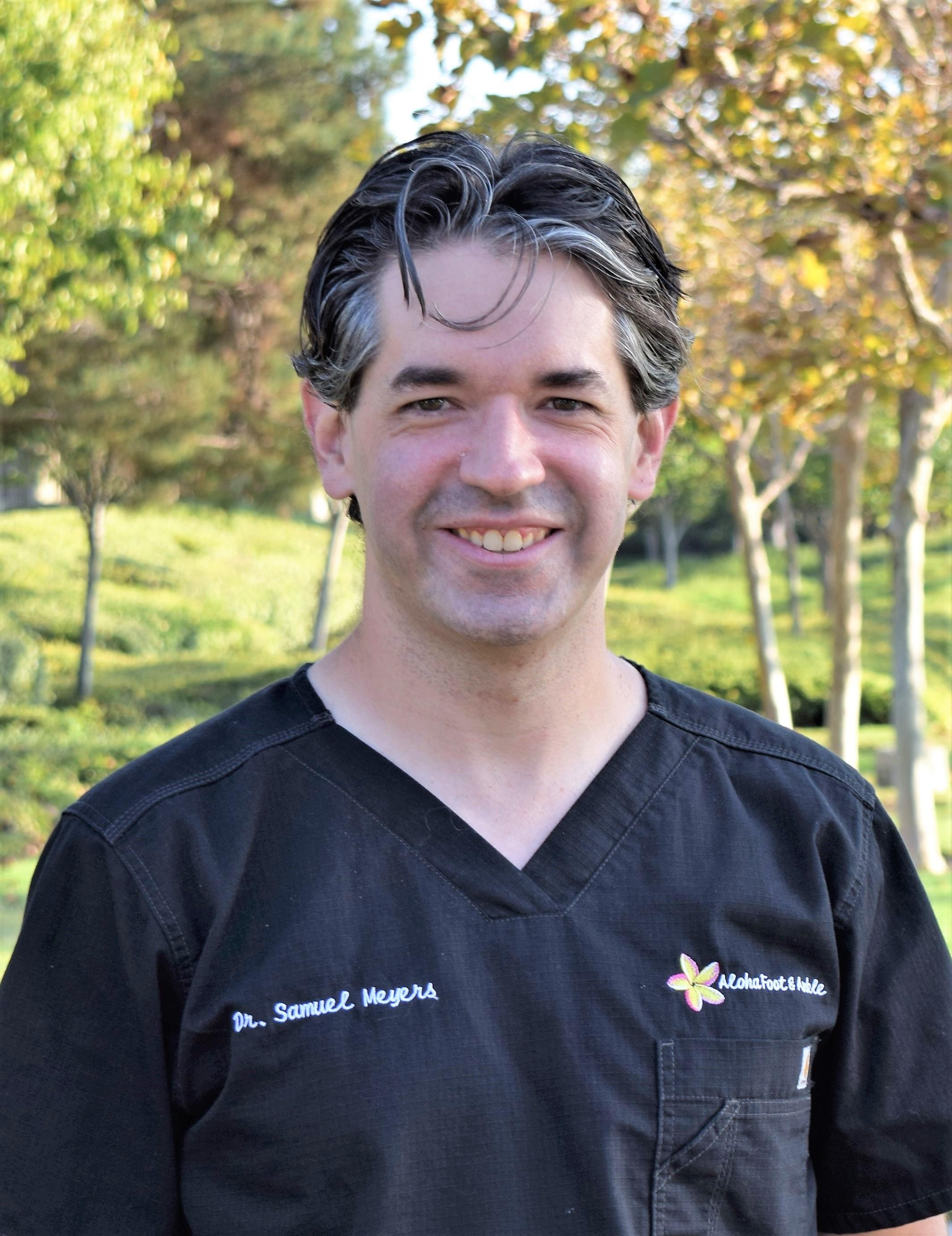 Samuel Meyers, DPM, is a board-certified podiatrist practicing at Aloha Foot and Ankle Associates in Mission Viejo, California. Dr. Meyers treats a broad range of foot and ankle conditions and is honored to help individuals living in and around Orange County get back on their feet.

Dr. Meyers was born and raised at the base of Mt. Tamalpais in Mill Valley, California. He developed an interest in medicine during his high school years and devoted a significant amount of time as a volunteer in local nursing homes and hospitals. As a teenager, he learned to play the piano, the guitar, and the drums and played in a few different bands, but he ultimately gave up his dreams of rock stardom when he left for college.

Dr. Meyers earned his bachelor's degree in biological sciences at the University of California, Davis, and his Doctor of Podiatric Medicine (DPM) degree at the William M. Scholl College of Podiatric Medicine in North Chicago, Illinois. Dr. Meyers returned to California for his residency, which is where he met his wife, who is also named Sam. After completing his thirty-six-month residency at DVA-Loma Linda Health Care System, Dr. Meyers and his wife relocated to Northern California for two years of private practice. He was then accepted into an advanced rearfoot reconstruction fellowship in Newport Beach. After his training was complete, Dr. Meyers joined the Aloha Foot and Ankle Associates team.

Outside of medicine, Dr. Meyers and his wife share a love of Disney, Star Wars, and the great outdoors. They currently live in Irvine with their two dogs, Huggs and Quinn.

To learn more or schedule an appointment with Dr. Meyers, call Aloha Foot and Ankle Associates, or book online today.

We also accept cash payments. If you have any questions, or would like to verify your coverage, please contact the office before booking your appointment!